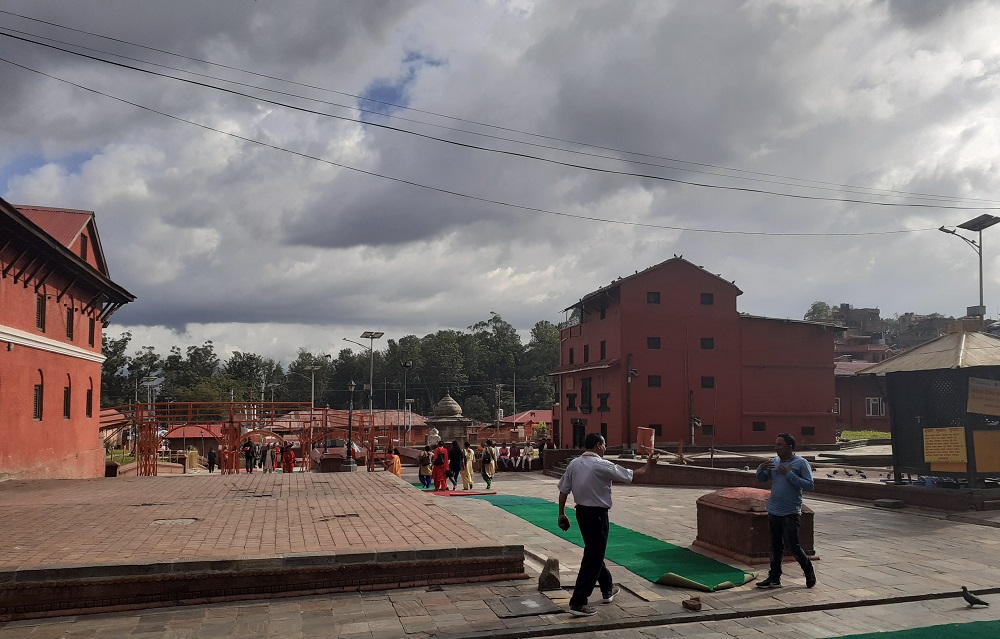 The Pashupatinath temple is a renowned and sacred Hindu temple which is located on the bank of Bagmati River, in the east part of Kathmandu valley, capital city of Nepal.

The Pashupatinath temple is the most important temple devoted to Lord Shiva (Mahadev). It is one of the four most important religious sites in Asia for follower of Lord Shiva. It is also the oldest Hindu temple in Kathmandu. Every year this temple magnetizes thousands of followers of Hinduism. The major festival celebrated in pashupatinath is Shiva ratri which is the festival utterly devoted to Lord Shiva.

Pashupatinath temple stands in the center of the town of Deopatan, in the middle of an open courtyard. It is a square, two tiered-pagoda temples built on the single-tier plinth, and it stands 23.6 meters above the ground. Luxuriously decorated gilt and silver-plated doors are on all sides. Pashupatinath elongate from the main temple of pashupatinath to Guheshwori. There are many other legendary temples inside this area including the Bhuwaneshwori, the dakshinamurti, Tamreshwor, Panchdewal, Bishwarupa and others. The priests of pashupatinath are called Bhattas and the chief priest is called Mool Bhatt or Raval.

There are numerous multifarious stories involving the beginning of Pashupatinath. It is believed that Shiva and Parvati came to the Kathmandu valley and rested by the Bagmati while on the journey. Shiva was so impressed by its splendor and the surrounding forest has ,he and parvati changed themselves into deer and walked into the forest. After a while, the people and gods began to search for Shiva. Finally, after facing many problems they found him in the forest.

Pashupatinath Temple is the most enthralling tourist destination in Nepal. So, we should all together promote and protect it for the growth of tourism industry and for the development of country.