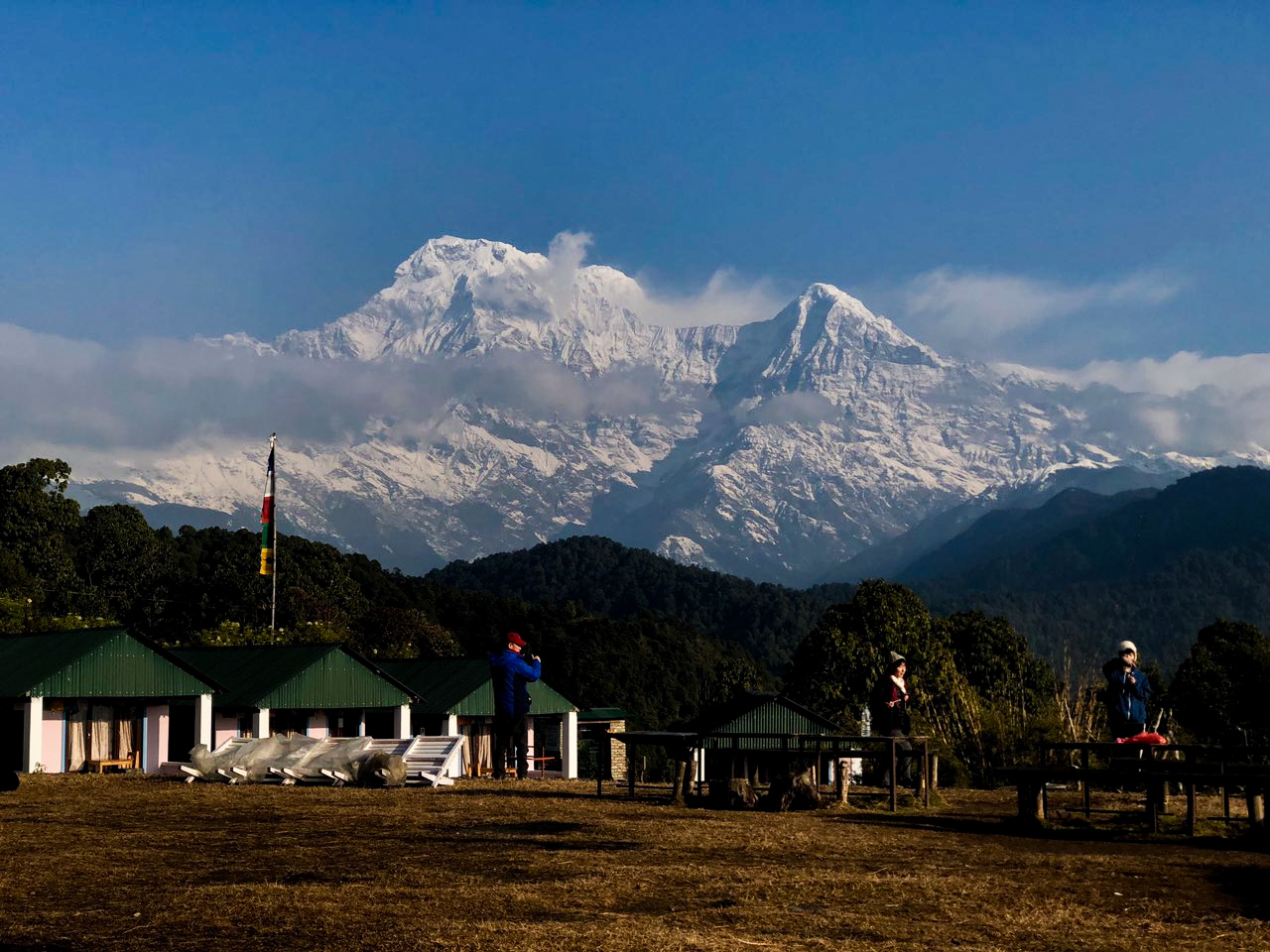 The Mardi Himal Trekking is short, trouble-free and allocated camping/tea house trek that discovers the exquisiteness of the Annapurna region. The trek follows the slightest trampled trail away from the trekkers madding crowd and gives an essence of exploration. The whole of the spectacular Annapurna range is view able during the trek.

Mardi Himal Trek offers two different landscapes. In the initial part of the trek, you travel through dense forests in the Annapurna Conservation Area. The woods you pass through are rhododendron forests, with lots of rhododendron flowers in the trees and also lying in the trail itself. Mardi trek takes you to the foothills of Macchapuchre in the Annapurna region of Nepal. The major attraction of Mardi trek is the view from Mardi Base Camp and Upper viewpoint.