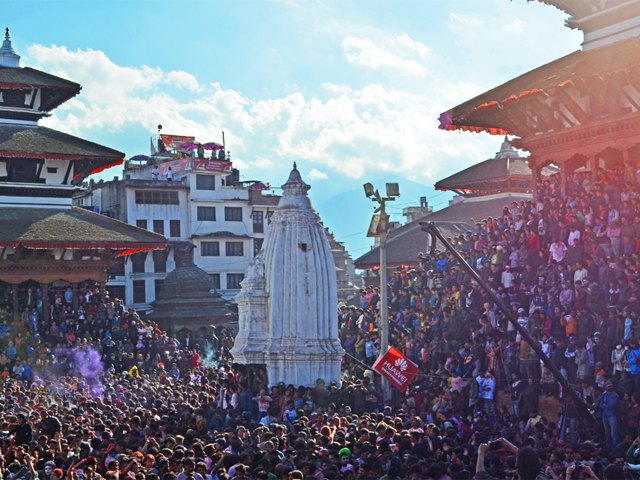 Holi is one of the prestigious festivals of Hinduism, especially celebrated in Nepal and India but has also spread at some other places of Asia and parts of the Western World through the Diaspora from the Indian Sub-continent. Holi is welcoming of spring and summer. It is also observed to get blessing of god for coming produce and lushness of the land. Holi is also known as Faghu Purnima in Nepali and Festival of Colors in English. It falls in between February and March.

Holi is celebrated as the significance of a victory over evil by good, arrival of spring, end of winter, and for many a festive day to meet their friends and family. During this colorful festival, Nepalese people greet each other offering the multiple colors on each other’s faces to express their sincere blessing and good wishes.

Holi is instigating as the celebration of death of the demoness Holika. This evil women who was suppose to be indestructible by fire had made many attempt to kill her nephew, Prahlad, a dedicated admirer of lord Vishnu. Eventually she put the boy on her lap and set fire underneath them, thinking that he would yield to the fire while she would break out. But instead the boy remained uninjured and holika, to her shocker, was smashed by the fire.On this day, the whole Kathmandu valley is immersed in the festival atmosphere. Many street programs were organized on this occasion, people’s dance in the road spraying colors on each other. This festival is all about sharing love and enjoying life.

And as for the best place to experience holi; Kathmandu will never let you down.

“Celebrate every good thing in Life.”