A spiritual sojourn to Kailash Mansarovar

Considered to be the center of the Universe, and revered by people all over the globe, Mt.Kailash and Manasarovar region in Tibet is truly an organic bliss! It is widely said that only those who have the purest of hearts can make it to this almost impossible terrain. The adverse weather status and treacherous pathways also compound to make it a less visited place and tourism haven’t hit hard yet. It’s no wonder that only a few thousand people can make this trip. One who reaches there is among those fortunate few.

A spiritual journey to Kailash Manasarovar is also known as Kailash pilgrimage tour, one of the most famous pilgrimage tour packages in Tibet offers staggering Himalayan vistas including of holy Mt. Kailash and the other giant’s hills lying around the area. Sarovar indicates “the holy pond” in the Nepali language and hence the name Mansarovar.

Along with this, the sojourn to Kailash also offers the bewitching appearance of holy Manasarovar Lake, astounding landscapes, lush valleys, trails, ancient monasteries, and Tibetan cultures. The tour to the Kailash Mansarovar is the perfect way to traverse the hidden treasures of the Tibetan plateau.

As hikers, trekkers and pilgrims have to walk from the low to high altitude gradually, we can reach there without high altitude sickness complexities. 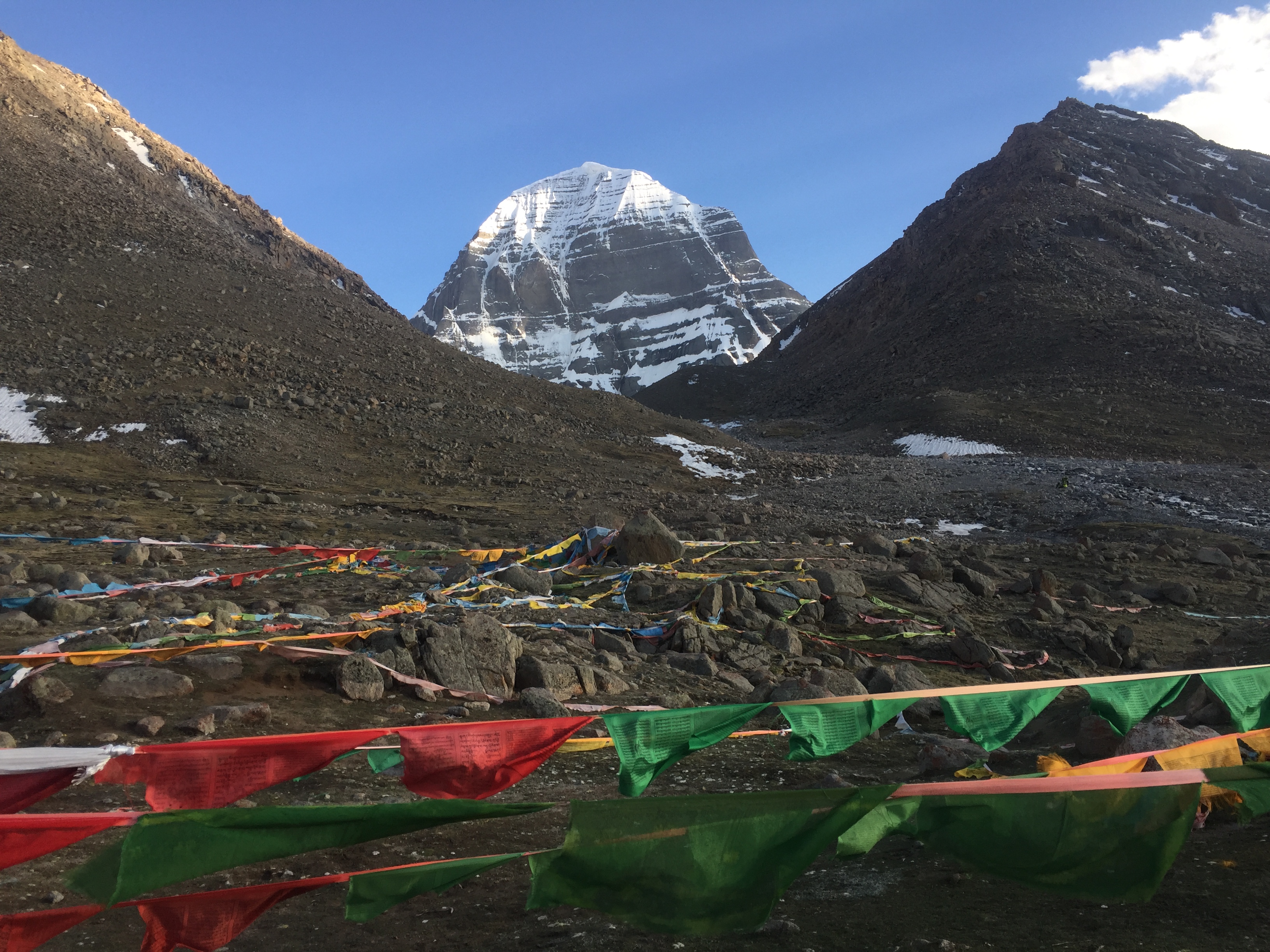 Mt. Kailash is regarded to be the physical embodiment of the mythological Mt. Meru, which is believed to be the holiest mountain in the world. Its snow-dusted rock pyramid is situated in the scenically rich region of western Tibet. Mt. Kailash, an abode of the divine is also assumed as the most auspicious to take a religious pilgrimage, Kora circumcising around the Kailash.

Did you know? Mt. Kailash is regarded holy by followers not only Hindus. Instead, it is rev-erred by all seven religions. For Hindus, Mt. Kailash is an abode of Shiva and nearby Manasarovar Lake, Brahma’s soul. Tibetans refer Mt. Kailash as Kang Rimpoche, Jains venerate it as Mt. Ashtapada, the apex from where the religion’s founder, Rishabanatha, was enlightened with spiritual liberation, whereas, the acolytes of Bon-Po, the ancient pre-Buddhist shamanistic religion of Tibet mention Mt. Kailash as the soul of Tibet. Mainly, during May, June, July, and August pilgrims flock to this region and hence are the best time for Kailash Manasarovar trip.

The Kailash-Manasarovar Trip is recommended to all of us as it is the once-in-lifetime experience for real.

About Mt. Kailash – The center of Universe

Towering with a dignified presence, Mt Kailash resides at 6,638m [22,000 ft.] According to Hindu beliefs, it is the abode of Shiva and his wife Goddess Parbati. It is part of the Trans-Himalayan belt in Tibet.

Resembling its shape with a cone of pure white snow, Mt. Kailash has the distinct appearance of being one of the world’s most venerated holy places. As we mentioned it already, Mount Kailash is also a portrait of the mythical Mount Meru, which many religions contemplate to be the cosmic mountain positioned at the exact center of the universe.

On reaching there, all pilgrims make a circumference (Kora or Parikarma), circling the mountain (almost 53 km), which usually takes about three days to complete. In this trip to Mt. Kailash, enlightenment is something that is guaranteed especially to those zealot souls who complete 108 times around it. At the base of this giant mountain lies Manasarovar (‘the lake of consciousness and enlightenment’: 4,500m), a beautiful cobalt blue lake. According to the legends, a dive into its icy waters is mandatory for most pilgrims to the site. You will also be welcomed by finding another lake nearby, named the Rakshas Tal, (Lake of Demons).

Kailash Manasarovar, a pilgrimage for the followers of all religions, is the toughest pilgrimage in the entire world. Situated about 20 km far from the Mt Kailash, the lake Manasarovar further holds a major significance in the mythology. This region acts as an origin of four of the prime rivers namely Indus, Sutlej, Brahmaputra, and Karnali. Kailash Manasarovar expedition is widely renowned for its cultural significance, religious value, spiritual awakening, physical appearance, and thrilling nature. It is visited by hundreds of people every year. 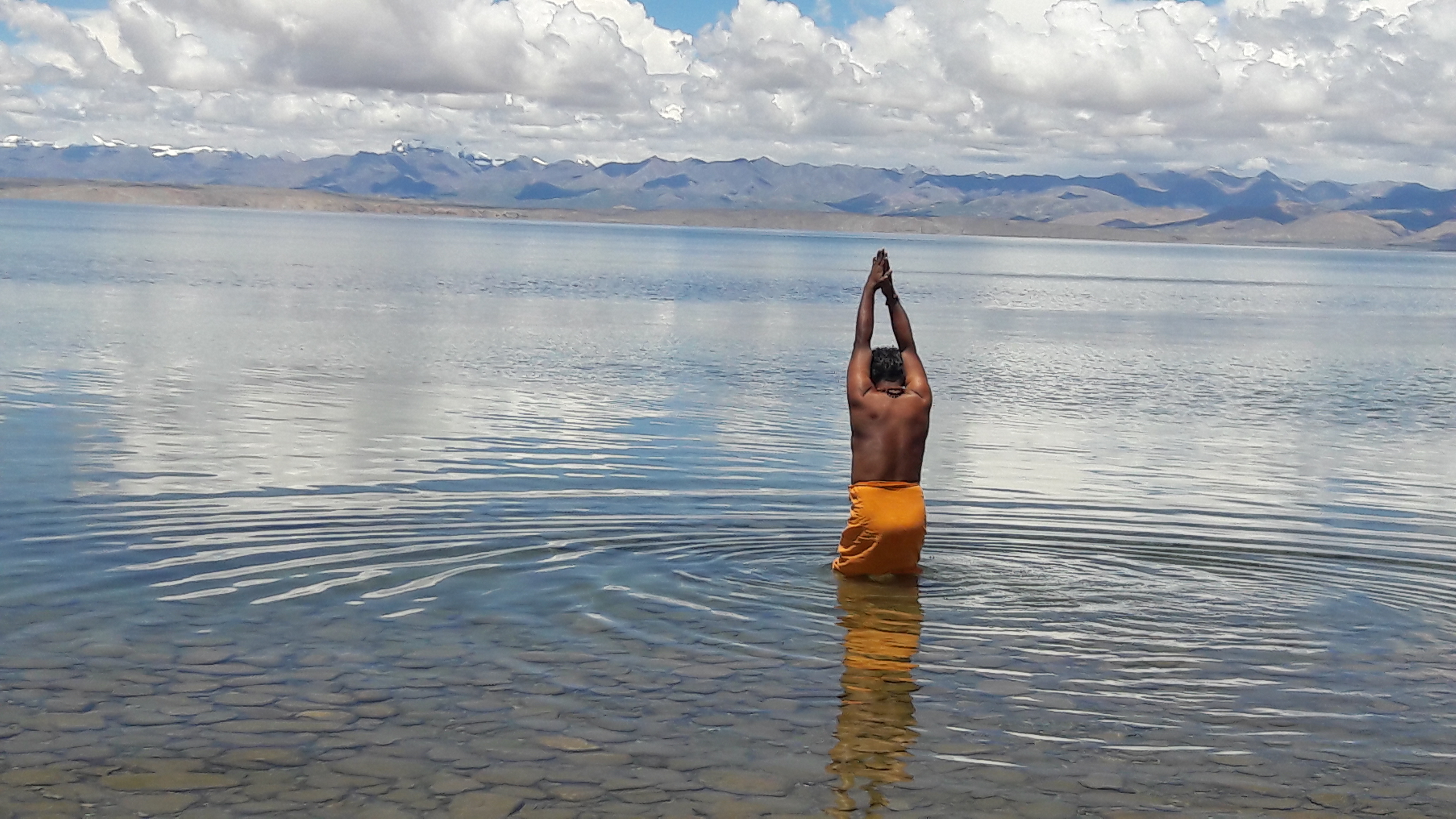 How to reach there?

NO doubt! Mt. Kailash is one of the world’s greatest (and one of the most daring) pilgrimage sites for people of many beliefs. We can make it to Mount Kailash through different and exciting routes. One of the routes is through Xigatse via Saga to Manasarovar. One of the tours will take you to Tibet from Kathmandu from where you will march west to Manasarovar’s eastern shore, a four to the five-day journey. You will get down at a tiny settlement called Darchen located at an altitude of 14,000 ft. This is where we traditionally embark upon the Kailash Parikrama.

We can also travel on a 6-days of a drive from Xigatse to Ali and up to Darchen, or from Kashgar through Ali, or from Nepal’s Simikot via Purang. The last-mentioned route via Simikot (situated in the country’s far northwestern district of Humla) proceeds to Hilsa (the western border) and from there, progresses into Tibet, and then to Taklakot in the Purang Valley, thus helps us to make it to the Manasarovar.

To reach Simikot, we need to get to Nepalgunj in western Nepal first (by air or by road) from where we can use airways to Simikot. From there, the trekking trail follows the grumbling Karnali River right up to Tibet’s border. Next, we cross the Nara-la pass from where the trail drops exponentially down to the border town of Hilsa in Tibet. And then, as there is no option except taking a ride on a four-wheelers to Purang through the Dolma-La pass (18,417 ft.) on the way, so that we can reach Mount Kailash and Mansarovar.

Other itinerary proceeds as follows:

Day 03: Drive from Kathmandu to Syabrubesi

Day 04: Drive from Syabrubesi to Kerung

Day 11: Drive from Saga to Syabrubesi via Kerung

Day 12: Drive back to Kathmandu

Kailash and Manasarovar Region Beyond our words and Imagination

Having seen the place only in virtual pictures till now, any soul on the earth will be in awe to behold the captivating beauty of the area with our naked eyes in the real world! The geographical structure around the mountain is rugged and dry but embellished by crystalline blue streams and other water bodies. The contrast, therefore, is well blended, like an artist’s canvas creativity!

Manasarovar, the blue and emerald-hued lake, is one among the highest freshwater lake in the world, with intense religious, spiritual and natural significance. The beauty of the round lake with crystal clear reflections of the peripheral snow-capped mountains, the sun and white clouds in the clear blue sky is something out of the world! Around ninety kilometers in circumference, the lake is an epitome of purity and tranquility. The calmness of the lake along with the majestic aura around it offers a serene environment for meditation and traveler starts to seek their soul.

A ‘Parikrama’ of the lake is believed to kick out all evils and sins from the inner soul and body. Generally, pilgrims bow down in respect and reverence as they touch the holy water. Also, one can drink the pure and sweet water and take a dip in the lake in a humble attempt to cleanse all sins. It is urged to all the pilgrims (trekkers) to take utmost care neither to use any chemical (even soap) nor pollute the water in any way.

Why Kailash Manasarovar is taken as literally “heaven on Earth”?

Have you ever thought of a paradise on Earth, where it could be? It has to be the most appealing place on the planet, right? Such a place where Gods would like to dwell themselves! In an interesting note, in several religions, Kailash Manasarovar, named after two holy destinations- Mount Kailash (standing high at 6,636m.) and ‘The Gem of Tibet’ – Lake Manasarovar, is considered to be the haven of Lord Shiva and other ethereal beings.

As the Mt. Kailash is an abode of Shiva, the lake is supposed to be the abode of summer birds called as ‘Hansa’ which represents wisdom and beauty. Surrounded by a few monasteries on its shores, the Lake presents the most notable ancient Chiu Monastery built on a steep hillock, which looks as if it has been carved right out of the rock. Yeah! It seems to be emerging outright. The gateway to ancient civilization with placid beauty. 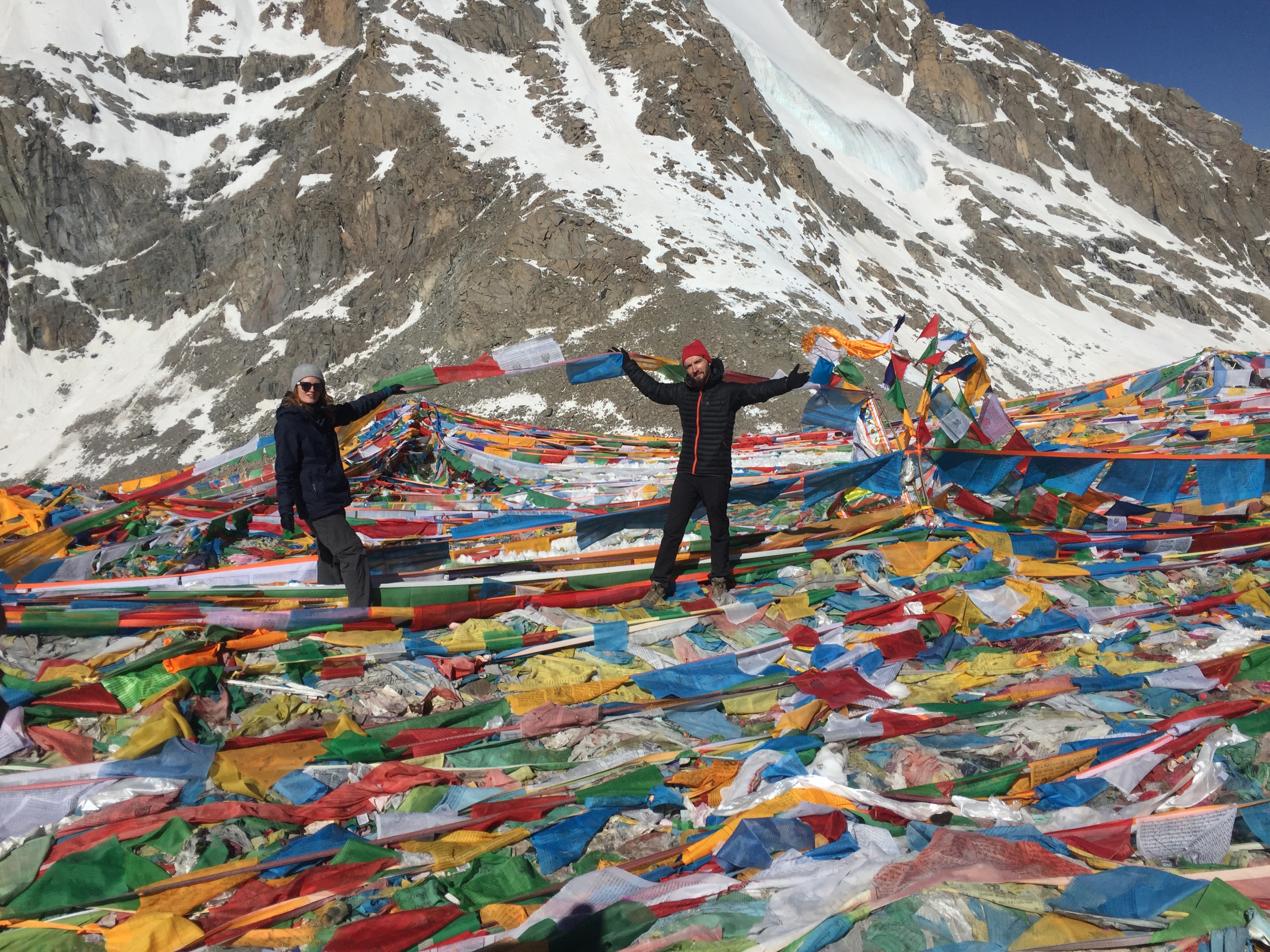 Another, lake during our journey is the lake, Rakshastal, which is considered to be the place of severe atonement by ‘Ravana’, which is around two miles away from Manasarovar. Not only that, sometimes it seems juxtaposed, to witness the concurrence of two contrasting ponds at the same place; one being held in high consideration and revered while the other considered the lake of fallen angels and denounced by the locals.

No matter which religion, the visitors believe upon, the noteworthy point is the dedication and human zeal which unifies people representing different caste and age groups while visiting this region. Visitors are drawn to the simplicity of life and find satisfaction in the toughest terrain, trek, and climate during the ‘The Spiritual Journey’. After the trip, one will find them different not only in terms of physical sense but spiritually tone, it matters a lot.

Like other religious journeys on Earth, many of the visitors would be expecting hundreds of temples, saints, loud rituals such as ringing bells and performing elaborate ceremonies, singing hymns along with the presence of donation boxes at the Mount Kailash. But, surprisingly, there exists no such materialistic and superstitious status quo. The heavenly place engages the mind, captures our nerve and free our soul to see the divine outside the temple. Mt. Kailash Manasarovar is the perfect place to realize oneself his/her body, mind, and soul. A welcoming/appreciating perspective indeed!

In a concluding note, the voyage to Kailash Manasarovar is a life-changing experience for most of the pilgrims who undertake it each year, providing them a sense of self like nothing else can. For a pilgrimage to this serene timeless, breathtaking and fascinating spiritual spot is like a sojourn within him/her (self).

The Nepal Trekking offers you all for an once-in-a-lifetime opportunity of embarking on this journey to Kailash Manasarovar. All our fellow holidaymakers will unanimously agree that they all returned from this trip completely enlightened. The magical and mystical spot has been drawing people to its divine appearance for several reasons. That is why you should not miss the chance to be a part of the Kailash Manasarovar Awakening.

Journey to mystical, Mount Kailash-Manasarovar has bestowed blessings of God on us signified by the strength and grandeur of the mountains, the calmness of the water, and the warmth of the simple human life which cannot be compared to anything else in this materialistic world.

Thanks for the read. If these chronicles of Himalayas excites you, you can book this trip with us. We will be more happy to embark on our spiritual journey with you, your families and friends’ circle.